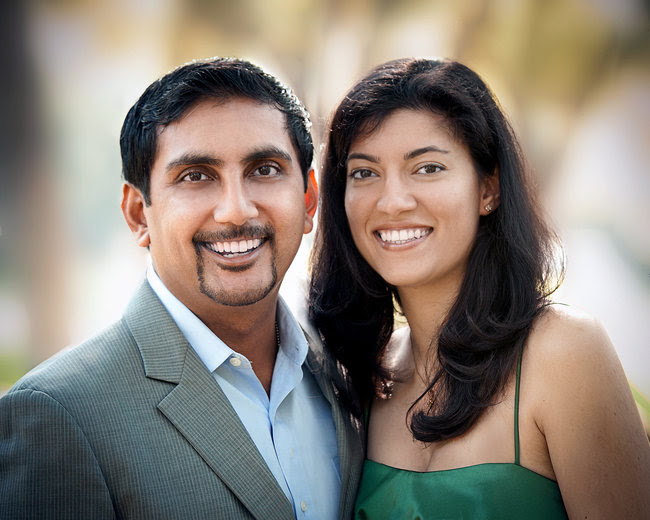 The bride, 30, and the bridegroom, 28, met at the Thunderbird School of Global Management, from which each received an M.B.A.
The bride is a consultant in Arlington, Va., for the accounting firm Deloitte & Touche; she advises government agencies on security and privacy concerns related to computer systems. She graduated from Centenary College of Louisiana. Her father is a professor and the head of the department of physical planning at the School of Planning and Architecture in New Delhi. Her mother teaches physical education at the British School there.
Until September, the bridegroom was a program analyst in Tucson with Raytheon, the military and aerospace equipment manufacturing company; he worked on the development of international missile programs. He graduated from the University of Florida. His father is an internist with Melbourne Internal Medical Associates in Malabar, Fla.
by Unknown
Email ThisBlogThis!Share to TwitterShare to FacebookShare to Pinterest